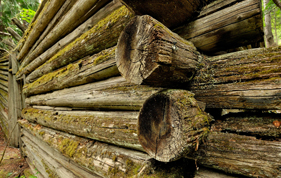 West Kootenay is known for its timeless beauty and natural resources. Home for thousands of years to the Ktunaxa people, the Kootenay valley saw its first European explorer - David Thompson - in 1808.

In the late 1800s, settlers from throughout the world began exploring the area and reaping its rewards. The nearby town of Argenta (a simplified version of the Latin word for silver, argentea) was founded during a silver boom in the 1890s.

The town was one of several communities served by the S.S. Moyie, a steam passenger sternwheeler that ran on Kootenay Lake from 1898 to 1957 as part of the Canadian Pacific Railway's Lake and River Service.

A short distance away, Bulmer Creek and the nearby Mt. Bulmer were named for an early settler, presumably Tom Bulmer of Argenta. A weather-worn homestead at Bulmer's Pointe is often referred to as "Old Man Bulmer's Cabin". A few nearby apple trees are remnants of the many orchards that thrived in the area from the 1910s to the 1930s.